Skip to content
Obsessive Compulsive Disorder (OCD) is an anxiety disorder in which people have unwanted thoughts and repeated, feelings, ideas, sensations (obsessions) or behaviors that make them feel compelled to do something (boost).

Obsessive-compulsive disorder, a type of anxiety disorder, is a potentially disabling illness that traps people in endless cycles of repetitive thoughts and behaviors.

Although the ritual may temporarily alleviate anxiety, the person must perform the ritual again when the obsessive thoughts return. People with OCD may be aware that their obsessions and compulsions are senseless or unrealistic, but they cannot stop them.

OCD is claimed as a mental illness that is very disturbing, but that does not mean that people with OCD cannot live a normal life. Even many of the people with OCD who reached the peak of achievement in their fields.

We now look at 3 famous people with OCD: 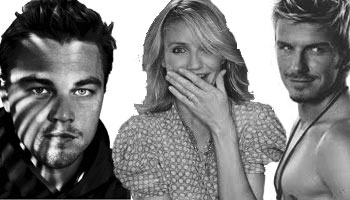 Leonardo DiCaprio
Surely, you love to watch the movie Titanic and Shutter Island. Movie star Leonardo DiCaprio was obsessed with the pavement since childhood, his frequent re-route runs to step repeatedly on cracks or stains chewing gum.
DiCaprio admits he let this compulsive tendency to better play its role as a film director and fellow sufferers of OCD that is, as Howard Hughes in the Aviator.

David Beckham
A soccer star, David Beckham, revealed that he suffered from OCD, the obsessions with a couple of items and organize them by color or the same type. According to his wife Victoria, Beckham has bought three refrigerator so she can have the one for drinks, one for salad, and one for other foods. Item must be numbered even, too.

Cameron Diaz
This famous movie star, like “The Mask” and “There’s Something About Mary”, admitted in an article in 1997 that she suffered from a phobia of germs that cause she was tired to clean a door handle in her home. She was “mad her peace” with this phobia.

President Franklin D. Roosevelt said: “Only Thing We Have to Fear Is Fear Itself”. For many people, there are many other things fear, some of them look strange or unusual for others.
Last, do any of us who have Obsessive compulsive disorder?