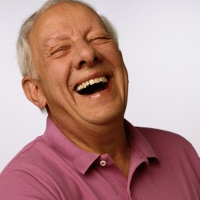 A rattling good laugh with friends will help you deal with pain thanks to opiate-like chemicals that flood the brain, according to a British study released on Wednesday.

Researchers carried out lab experiments in which volunteers watched either comedy clips from “Mr Bean” or “Friends,” or non-humorous items such as golf or wildlife programmes, while their resistance to mild pain was monitored.

Another test was conducted at the Edinburgh Fringe Festival, where the volunteers watched either a stand-up comedy show or a theatrical drama.

In lab conditions, the pain came from a deep-frozen wine-cooler sleeve which was slipped onto the arm or from a blood-pressure cuff that was pumped to the threshold of tolerance.

For the Fringe Festival, the volunteers were asked to do a tough exercise — leaning against the wall with their legs at right angles, as if sitting on a straight-backed chair — before and immediately after the performance, to see if laughter had helped with the pain.

Just 15 minutes of laughter increased the level of pain tolerance by around 10 percent, the study found.

In the lab experiments, the neutral, non-funny programming had no pain-alleviating effect at all. Nor did watching drama at the Fringe Festival.

And this kind of belly laugh is far likelier to happen when you are with others, rather than being alone.

“Very little research has been done into why we laugh and what role it plays in society,” said Robin Dunbar, head of the Institute of Social and Cultural Anthropology at the University of Oxford.

The protection apparently comes from endorphins, a complex chemical that helps to transmit messages between neurons but also dulls signals of physical pain and psychological stress.

In laughter, the release comes from an involuntary, repeated muscular exertion that comes from exhaling without drawing a breath, the scientists believe. The exertion leaves us exhausted and thereby triggers the endorphins. Yup, laughter really is the best medicine. (AFP)